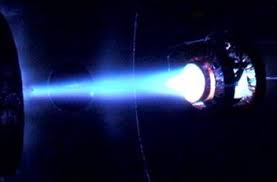 Preliminary Text, to be continued…
Click here to be directed to some general information about plasma propulsion. 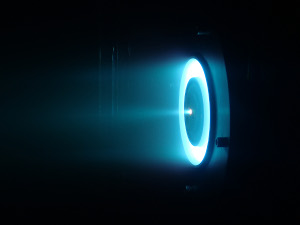 EM DRIVE (checked by NASA).
This technology considered ten years ago as disruptive technology or esoteric because born at home , has been experimented in several Institutes worldwide and expressed in Newton is only with 0.n-mN/kW results.

The spacecraft will need KN, therefore it’s a long way to achieve the goal, the embarked available energy could reach 20 to 80 MW, only nuclear power can supply these quantities, conventional fuels will not help.

Even if the pressure of radiation is very low, one can image some prominent results in Deep Space, with important source of EM waves, produced via lasers or nuclear, fission-fusion.

These important velocities will generate problems of detection „real time screening” of deep space objects of debris or small asteroids.

The help of Quantum Machines could play an important role for the security of Spacecrafts and travels into our solar system or nearest stars.

Scientists are expecting this technology or modified technology for 2050, only, if definitively adopted by Spatial industry.

This technology could open the way for the understanding of Gravity forces and others possibles spin-offs for (Plasma Engine Motors, in which we trust and work).

For this technology the more important will be to apply new ultra-pure alloys in order to replace copper cone resonance cavity. 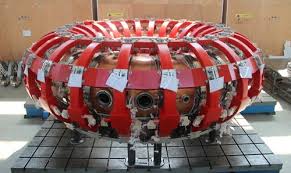 Very recently, Researchers from the University of University of Michigan in cooperation with NASA and the U.S. Air Force, has announced an ion thruster able to operate at a huge range of power from 5 kW to 102 kW, this is the X3: 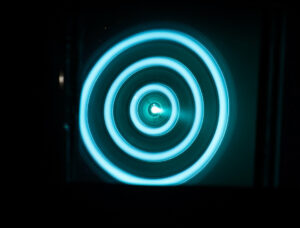 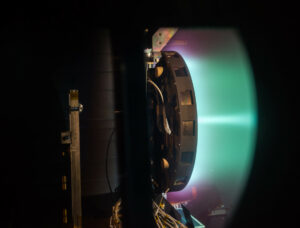 Click here to be directed to some information about the X3 thruster (October 2017).
To be continued…