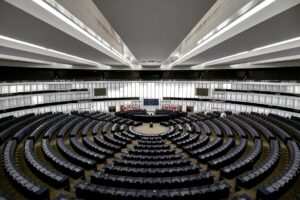 Space Law has been considered a serious matter since the beginning of Space Programs. This is a question that is taken seriously but that is also a very deep matter. If Space programs around the globe are still in 2017 as at their beginnings, they represent a part of the Future of Mankind, and this of course also from a necessary legal point of view.

At GlycanSpaceXR we consider this question as a necessary part of our programs. We have three major Missions, XR-SDR (Space Debris Remediation), XR-ETMR (Extraterrestrial Mining and Refining), and XR-SR (Strategic Resources) that have to be supported by a proper Legal framework that still doesn’t exist but is emergent. We have the technical and industrial means, we also work on their necessary Legal context.

All around the Globe, governmental actors are beginning to engage in the kind of legislation that is needed for the purpose of the kind of missions we have.

In 2015, the United States updated the US commercial space legislation with the SPACE Act (Spurring Private Aerospace Competitiveness and Entrepreneurship), in order to allow US citizens to „engage in the commercial exploration and exploitation of 'space resources’ [including … water and minerals].”

The Minister of Economy and Finance Etienne Schneider is the main International actor for Extraterrestrial Mining in Grand Duchy of Luxembourg, his powerful action has attracted several International companies in the Grand Duchy.

The Space Law has to become the proper legal framework for all such purpose. At GlycanSpaceXR we are dedicated to pursue this goal in our Mission XR-LAW with the best Ethic in mind and practice.

NASA is expecting to reach a probe of an Asteroid of Class X known as 16 PSYCHEE. This is a 130-mile-diameter Asteroid made almost entirely of metals, its estimated value is tremendous, $10 quillions (this is 10 Billion of Billion dollars):

There are few such objects in our solar system , the nature of this object is coming from the CORE of one more large object (e.g. small moon).

This first small moon lost his mantle and part of the magma , because of some several collisions with others asteroids, and the core composed with pure metals is now free of others composites as well as geochemical layers.

The value of the nucleus of the asteroid is huge, as well for others in the same class X, but cannot be drill, because no tools are adapted for this mining.

Only the plasma tools developed and patented by GlycanSpaceXR LLC USA can do the job.

PROBLEM:
But if we consider the possible expectation to go and recover the matter of some asteroids (Class S for example) or of similar X asteroids and bring them back to Earth, even if we did it safely, the immediate result would be the entire collapse of the economy, because of the complete inflation and deflation at the same time of the market in all stock exchange places.

To mine asteroids with help of good tools and machines in the solar system, will have political collateral effects.

NECESSARY:
The experts will have to do the job by establishing new rules, new regulations, new policies and a new currency for Space Industries.

As part of XR-LAW Mission we project to create the correspondent BANKING and colonization reserves of secured funds.

Indeed if some resources are missing on Earth ,some infusion for Extraterrestrial Reserves would fix these issues, but not permanently infusing massively. The same as the kind of FED-IMF-WB intervention on the financial markets.

The Extraterrestrial industries installed would be considered mainly as Strategic Reserves and not spread totally inside the markets for immediate profits. Else would have dramatic consequences, as for example a possible market collapse and the consequent conflicts.

Reserves would be provided for some industries on Earth, and the Investors or States or both, would capt very important profits and huge ROI.

For these reasons we consider the set up of a new currency as a powerful double-sided tool of profit for companies , included for Insurance Companies, source of dynamism for all actors of Mining and Refining industries as well as a powerful regulatory tool.

This part of Space Law equation will constitute the more legal important part of the space adventure.

Probably the Solar system colonization will generate a SPACE FEDERATION or similar , were all the actors in the Solar System will do the job opening the way for Mankind to this new frontier.

From this point of view the heart of the XR-LAW Mission is Ethical, we have in mind to securely keep and maintain all the Economical and Political balance and prosperity in Outer Space.

Moreover we consider the issue of Space Debris as the main current space safety issue to be solved in the coming years.

Space Debris is considered by everybody as a serious danger for all international satellites organizations, communications and future Space Colonization.

Space Debris Remediation constitute the first immediate problem to solve, and satellite industries have to decrease their plans of important launches (12’000 ) over two years, and slow them down in order to prepare the job of space debris remediation and business plan for Moon and planets or asteroids.

This is why at GlycanSpaceXR we also develop, as part of our Mission XR-LAW for our project XR-SDR (Space Debris Remediation), the Future of Space Laws necessary to fix, seriously, this issue.

Moreover, launches in deep space, on planets or their moons, with the help of manned or unmanned missions in order to dig and/or drill would be unappropriated mission, if previously, a LAW ENFORCEMENT OFFICE for Peaceful Extraterrestrial Affairs and Commerce has not established the rules, regulations and policies.

Note moreover that for the moment dig and carry precious metals or strategic resources back to Earth, is not a serious attitude, because RE-ENTRY procedures for Spacecrafts charged with minerals, such as Spacecrafts and their motor engines are not ready and secured, and the equation of favorable ROI is out our expectations.

Moreover launching in deep space or on planets or their moons manned or unmanned missions in order to dig, and/or drill , will be unappropriated action, if previously the specialized tools are not manufactured on, and for, moons and planets appropriately.

At GlycanSpaceXR we also develop and are the sole to have the necessary Plasma tools, in order to do this properly (patent writing).

We have also in mind to develop the necessary Quantum Machines (Project XR-QM), a technology that will become not only useful but also necessary.

GlycanSpaceXR plan consists in the creation of two laboratories for “simulation” in USA and in Luxembourg associated with powerful Intelligent Robotics (Mission XR-IR).

The Moon will be the most appropriate place in order to check tools and spacecrafts, and to move the tools to the point of the preferred exploitation in Space.

“We choose to go to the moon in this decade and do the other things, not because they are easy, but because they are hard, because that goal will serve to organize and measure the best of our energies and skills, because that challenge is one that we are willing to accept, one we are unwilling to postpone, and one which we intend to win, and the others, too. “ John F. Kennedy, Rice University Speech, 1962.

In conclusion: there is no better expectable Future for Mankind that outer Space and its benefits for Earth, at GlycanSpaceXR we develop the technical tools and also the necessary legislation so that this Future will be kept safe, peaceful and fruitful.